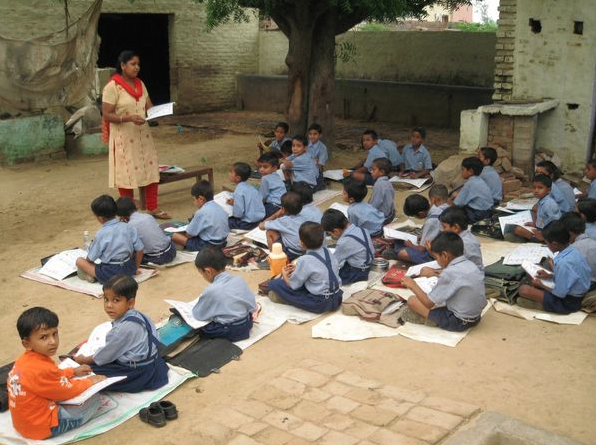 Operation Mobilisation was founded in the 1960s by George Verwer. The organisation has projects in over 110 countries bringing God’s unchanging truth to literally millions every year. In India OM runs a project to build schools for Dalit children. Why Dalit? For more than 3,000 years, the Dalits (untouchables), as a consequence of the Hindu caste system, have been suppressed. The national leader of the Dalits have asked Christian organizations and church communities throughout India to help them build an education system, as they believe, that education is the key to freedom. In response to this invitation diverse organizations (OM amongst them) have agreed to build 1,000 schools with the aim of a good English education for this heavily underprivileged and marginalized group of children. Until now 25,000 children received a good standard training. Without this possibility many of them would have ended up in human trafficking. See more the Dalit cause here.

OM Switzerland supports the construction of one of these schools in Gangoh, Uttar Pradesh, India. See more about the schools here.

Micha, a Swiss teacher volunteering in India, visited some schools in 2012. He noticed, that whilst it is great, that the school is being built, the children still lack a place to play. He told us, that, it is very urgent that the children can play at least during the break and have fun. We therefore decided to support OM Switzerland by taking the patronage to build one or two play areas with swings, slide and wheel in Gangoh, Uttar Pradesh, India.