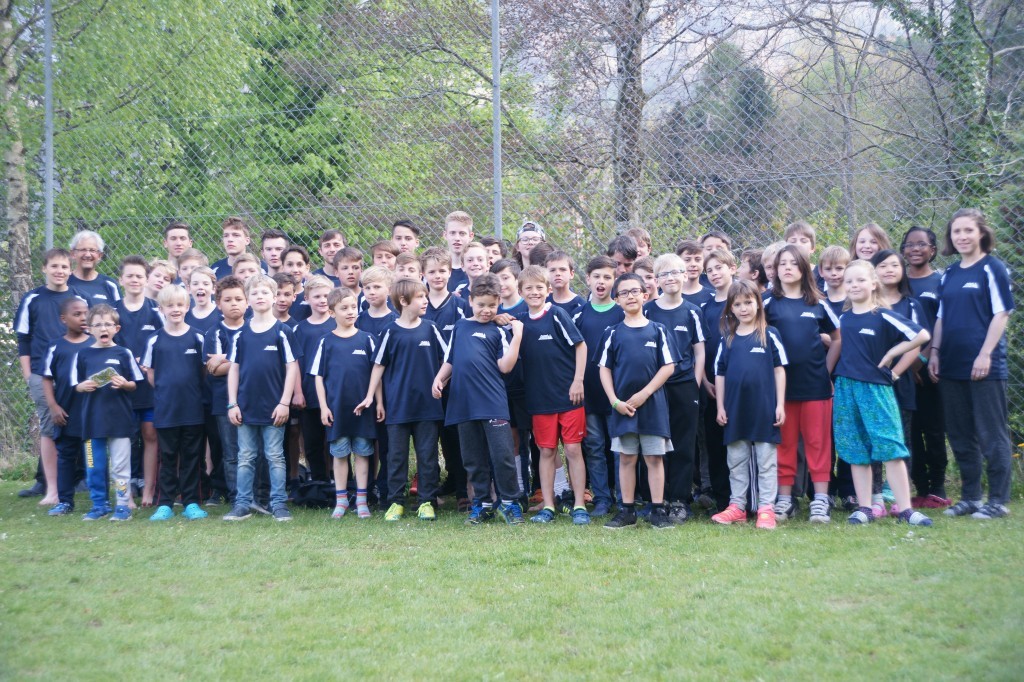 Credo, Schloss Unspunnen Wilderswil is a very unique place of encounter and experience in the Swiss Alps. The organisation has been carrying out various camps for kids and teens. This year, we got the opportunity to support them with a little sponsoring of some t-shirts.

Last week, their first report by Marco Friedli, responsible child and teenager camps Credo reached us. Have a look yourself:

During the spring holidays of 2017, we from Credo were able to carry out an extremely successful football and floorball camp with 8-13 year old players. 52 participants, as many as never before, were part of it! For many years, children from all over Switzerland have been able to experience exciting and life-changing camps here, including the football and floorball camp. The participants come from a wide range of family situations. But this does not matter with God. All have been able to experience God’s love this week. Some children, who have already taken part in the camp many times, have been entrusting their lives to Jesus this spring, which was a special joy for us. Many of them went home with joy and encouragement and want to bring their friends with them next year.

The football and floorball camp includes intensive training, various tournaments and exciting theme nights. In addition to the many sports there is of course also a barbecue evening with sausage and mustard and an excursion to the outdoor swimming pool Interlaken …

The football and floorballcamp at Credo was carried out this spring with the FC Thun as official “Götti”. The guys were allowed to train for a whole day in the Stockhornarena in Thun with pro trainer and were visibly impressed. We would like to continue the very positive cooperation with FC Thun. When a t-shirt changes a stadium

It was Wednesday early in the morning, it snowed and rained. But that did not matter to the participants of the football camp. Great joy was visible on every face. Each participant had a personal T-shirt with the Credo logo on. With this shirt they were allowed to enter the stadium in Thun on this rainy day. The stadium, which normally offers red-white dressed gamers room, was now taken over by 52 blue-dressed radiant children. This great joy on the children’s faces was only possible thanks to Manuel Nappo and Fabulous Friends, who had sponsored the T-shirts for the children. He for sure can imagine, how much joy he gave to the children, as he himself was a participant in the children’s camp many years ago. Many participants experienced an unforgettable group feeling. The feeling of the whole group was strengthened by this shirt. At the end of this exciting training day, Wolfgang Unger, Responsible Engagements & Kids of the FC Thun, was given by Markus Battaglia such a T-shirt. Deeply touched by the joy of the children and with a Credo-shirt in his hands, he said goodbye and is already looking forward to the summer football camp with the Credo and the participants.