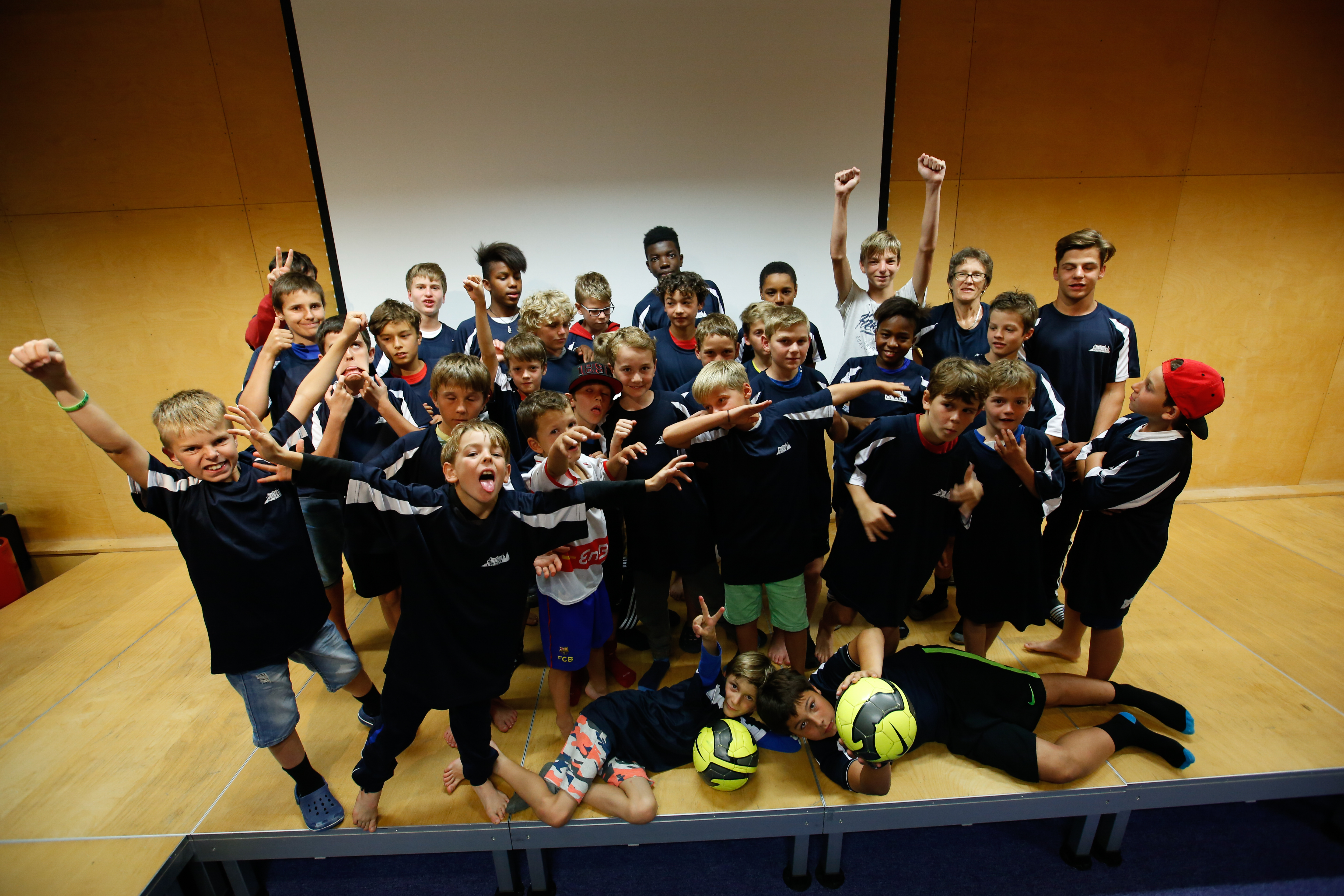 On Saturday 29. July 30 fully motivated guys came here to the Credo. All full of energy to play football for a whole week.

The first training on Saturday evening went great. For the first time, the children were allowed to have a lot of fun playing football. The children were highly motivated all week. The participants were divided into 6 different tournament groups on Sunday, during which they played against the other groups all week. Even if certain guys did not agree from the beginning with the groups set up, at the ende everyone had lots of fun. On Monday the weather began to change. We only had reserved the outdoor area of BZI Interlaken. But the responsibles allowed the boys to train with the coaches all week in the hall. God has done a great miracle. We could use the outdoor area for a reduced price and did not have to be paid for anything extra for the use of the hall. This only works when God has changed men’s hearts and filled people with such great joy seeing the top motivated kids. During this Football Camp many kids were able to hear for the first time, that there is a God who loves each one and that this same God made it possible to use the hall all week. On Tuesday morning was already very early in the Credo Castle Unspunnen. The thirty kids and the six trainers were allowed to visit FC Thun and enjoy a training session with FC Thun. Mr Wolfgang Unger, Head of Engagement and Kids of FC Thun, welcomed the whole group warmly. As a gift for the effort of the children, everyone got a CHF 15 voucher, so he could buy something in the FC Thun Fanshop. All children were very enthusiastic about this day in the big stadium of FC Thun. Tired and exuberant, the kids arrived in the Credo in the evening and were excited to keep on practicing what they had learned that day. At the end of the camp each player received a T-shirt. These shirts were offered by Manuel Nappo and Fabulous Friends. With his generous donation he gave the 30 boys a great joy. They proudly presented the T-shirts to their parents and couldn’t stop to talk about the summer Football Camp.

A boy came with all his pocket money that he still had, to the camp leader and absolutely wanted to buy a shirt for his father. His point was, that he did not want to forget the summer camp, and if his father got a t-shirt, they could make sports together and remember the camp. Full of joy, the camp manager announced that these shirts can not be bought, they are a gift. So we were allowed to give the boy a second shirt. The little one was so enthusiastic and speechless, that he almost forgot to take his own shirt with him.