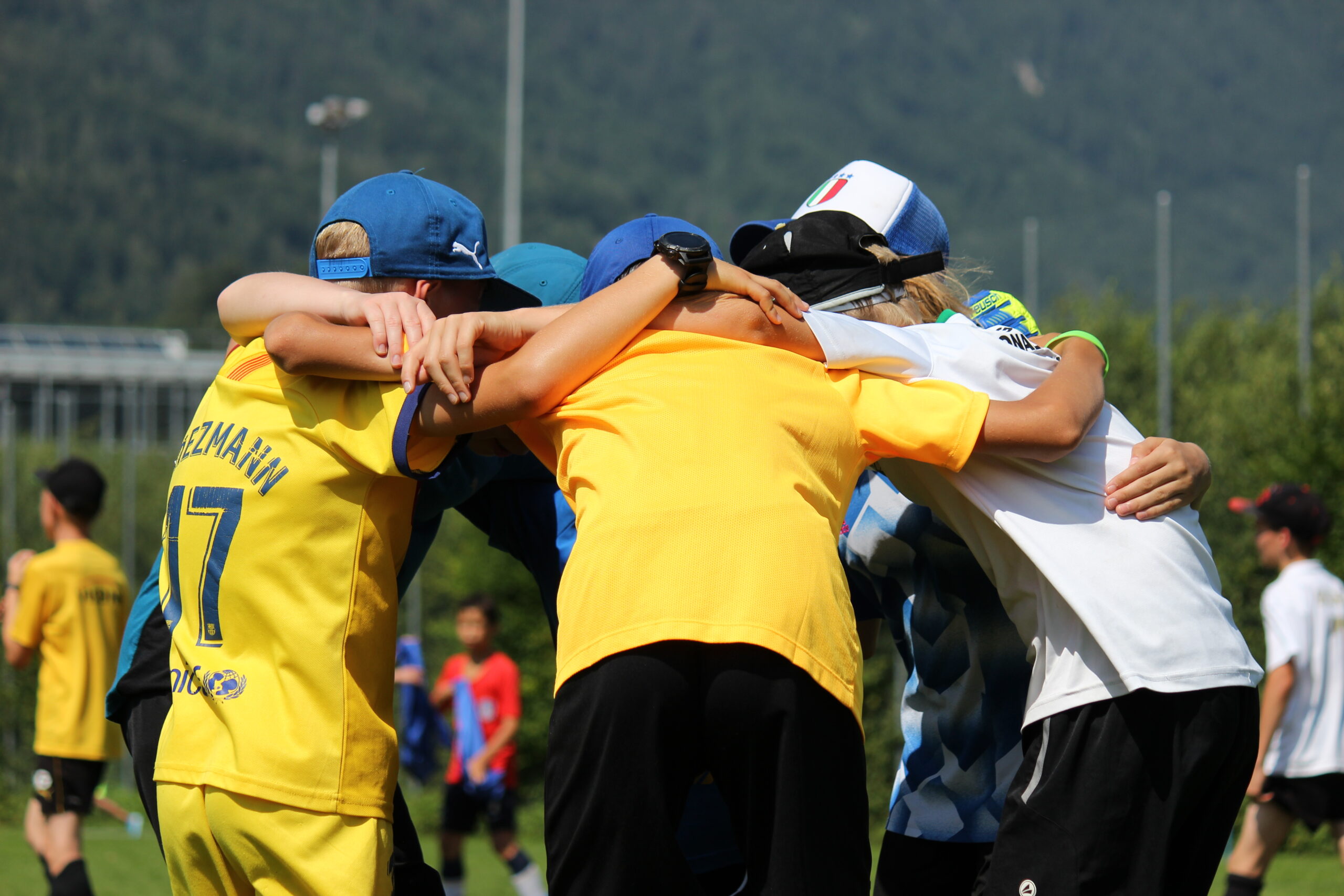 On July 17th 2021 the time had finally come, 50 fully motivated footballers stormed the Credo for a week. In addition, there was a motivated crew of leaders who were ready to train the young savages😊.

It was a great week of fighting, laughing and scoring goals. Soccer skills were improved and it was trained hard. As every year there was a small tournament at the end for the Credo Cup. A big highlight were the cool sports shirts and the medal that each participant received.

The new sports field at Credo was finished just in time and was put through its paces by the young soccer players. Furthermore, the rented grass field at the BZI in Interlaken was available. So everyone got their money’s worth.
What I am always moved, what great fascination so a small round ball can have. There was kicking almost around the clock, before the training, after the training, even in the breaks of the training. It doesn’t take much to make children’s hearts happy. A ball, two goals, a motivated team and what should not be missing at Credo, an open ear of the leaders and time to address the questions and concerns off the field are enough.

It was a valuable camp where children’s hearts were touched and changed.

Thank you very much for your loyal support and that your help makes such a thing possible 😊.